Ad blocker detected: Our website is made possible by displaying online advertisements to our visitors. Please consider supporting us by disabling your ad blocker on our website.

Been contacted about a huge inheritance or compentation? It's 419 or advance fee fraud.
Locked
1 post • Page 1 of 1 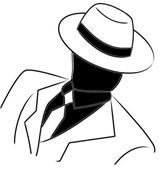 Advance fee fraud scams are also known as AFF and 419 scams (named after the section of the law in Nigeria which makes it a crime). Some people call them Nigerian scams but they are not limited to just Nigeria, they come from many different countries, where scammers can work anonymously.

Advance fee fraud scams are exactly what the name says: Scams where there will be fees that must be paid in advance before the victim receives some sort of promised (in reality non-existent) reward. The fees are often said to be for a lawyer or barrister, court documents, registration or other formal payments, shipping charges, diplomat fees, bribes, or anything else a scammer may think up.

These scams can take many different forms where there is a promise of some sort of reward: usually it is a huge sum of money (millions of dollars), a consignment of gold or other valuables, but it can be a lottery win, a loan or even a pet or a job. For the purpose of this forum, we are splitting out some of the scam types such as Loan, Pet and Lottery scam into their own separate sub-forums and the Advance Fee Fraud forum will only cover the scams where the promised reward is an unexpected monetary one (an inheritance, compensation or similar).

AFF story types
The most common story types used in Advance Fee Fraud scams are: AFF common features
If you are reading this post because you have been contacted by this individual then you are100% being scammed - all my posts are thoroughly researched before being posted.
Top
Locked
1 post • Page 1 of 1